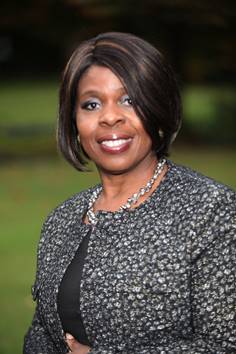 Dr Byfield, the founder of King Solomon International Business School, listed in the Powerful Media Powerlist,  is a visionary, trailblazer, transformational leader, author and co-founder of the educational charity Excell3. The vision for King Solomon International Business School has emerged from Dr Byfield’s Christian faith and her long standing passion for both enterprise and education. Dr Byfield  has over 20 years business experience and has worked as a Business Advisor (supporting 100’s of people to start, expand and diversify their own businesses) an Enterprise Training Manager, Business Studies and Management Lecturer, Director of an Enterprise Agency and as a  Head of a university Enterprise and Careers Department.

Dr Byfield, the author of the researched-based book, “Black boys Can Make it… how they Overcome Barriers to University in the UK and USA”, published by Trentham books and endorsed by Lord Adonis, the then Schools’ Minister, also developed an OCN accredited course based on the book which has served to equip young people across the nation to access university. Dr Byfield has also written a number of booklets for parents including the DFE commissioned ‘Help Your Children To Learn’, as well as articles for academic journals and chapters in edited books including ‘Establishing a New School and Getting it Right from the Start’, produced by Woodard Schools and SSAT (the Schools, Students and Teachers Network).

Dr Byfied was voted by Keep the Faith Magazine as one of the top ten most influential Black Christian Women in England and is featured in Powerful Media’s 2018 Powerlist as being among the top 100 most influential Black people in England.  She also featured in ‘It’s My Thing’ on BET TV over a two year period on the theme of ‘Transforming Lives through Education’ and has been invited on several occasions to meet with Prime Ministers.

Dr Byfield leads by example in pursuit of academic excellence having obtained 4 degrees including a BA in Economic History, an MSc in Human Resource Management, an MBA (with distinction) and a doctorate from the University of Oxford. 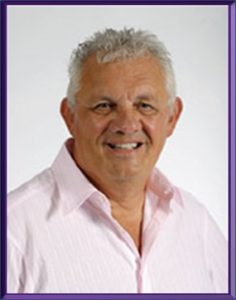 Dr Carr has been a school governor for many years and is currently the Vice Chairman of Lode Heath Academy Solihull.

David Carr was born in Birmingham and is married to Molly, they have three children, four grandchildren and two dogs! David plays bowls for a hobby.

David and Molly founded the Renewal Christian Centre in August 1972 and David has served as Senior Pastor for 43 years. Renewal is now one of the largest Churches within the West Midlands.

Serving the Elim Pentecostal Church for 28 years as District Superintendent and part of the Executive Presbytery, David Joined the Free Methodist Church in 1972. David has served on the National Leadership team and is currently on the European Overseers Board with responsibility for Bulgaria, and Chief Chaplain UK.

Dr David is also the founder of the Order of St Leonard that seeks to link leaders of denominations for mission and relationship. This is now covering 8 Nations, almost 100 denominations and 5,000 Churches.

David is also a Bishop with the Communion of Evangelical Episcopal Churches covering the Province of Europe.

David has a number of published books including his life story “A life of two Halves” and he appears on various BBC programs on a regular basis.

David has preached in many parts of the world, his ministry is Prophetic with many healing’s being recorded during the ministry.

During 2015 David met with both Pope Francis, and the Rt. Hon David Cameron, the Prime Minister. In 2014 he received the Community Involvement Award 2014 from the Metropolitan Borough of Solihull.

David serves as Hon. Chief Chaplain for the Heartlands Group of Hospitals in Birmingham and is a member of College of Health Care Chaplains and also serves as Chaplain to the Birmingham Bowls Association. 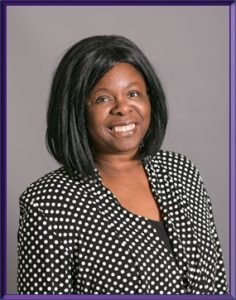 Excell3 is a national education charity that was established in 1999. The organisation seeks to raise the academic achievements and aspirations of pupils from disadvantaged social and economic backgrounds.

Since 1999 Excell3 has operated a four pillar holistic strategy in pursuit of its  mission which  engages the participation of all the major stakeholders – pupils, parents, community groups and mainstream education – to ensure that our intervention has the greatest impact and result in positive outcomes for young people.

In addition to providing direct services to our main stakeholders, we have been called upon to become members of various national policy groups to influence and contribute towards policy-making in the education of marginalised young people. We have therefore, for example, contributed to DFE’s School Exclusion Working Group, the Centre for Social Justice’s educational failure policy group (which contributed to the ‘Breakthrough Britain Report’ and the Conservative Party’s Green school’s policy paper,(‘Raising the Bar, Closing the gap’) and the DCLG’s Reach Project.

We have been commissioned by Local Authorities to deliver citywide projects e.g. parenting teenage boys, developed partnerships with several universities including the University of Oxford and Cambridge, to run joint projects, hosted national educational conferences for parents and young people, hosted a joint School Leadership conference in conjunction with the National Union of Teachers, developed a range of parenting hand books, including the Help your children to Learn, on behalf of the Department For Education, developed a number of nationally accredited courses for pupils and parents, and helped establish the Amos Bursary, in association with Baroness Amos.

Our success over the years has also led to us being invited to the Queens garden Party, to the Prime Ministers’ reception at 10 Downing Street, to a private meeting at the office of the Hon David Cameron MP to discuss education of disadvantaged pupils, and to the Chancellor of Exchequers events at 11 Downing Street.